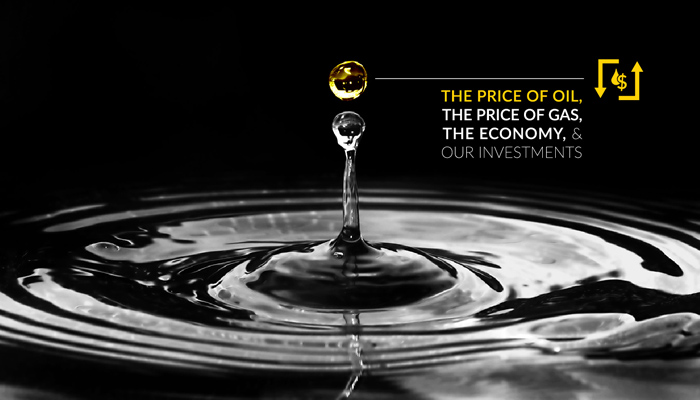 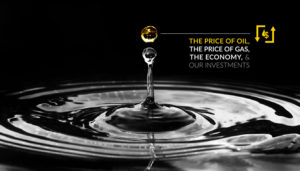 What typical investors need to think about

The stock market in 2016 has seen large fluctuations, beginning with a January meltdown, followed by an up and down February, and then by a rising March. Naturally, this volatility makes investors nervous.

At the center of this volatility has been the price of oil. Oil prices have fallen from 2014 to 2016, but they have risen in April. Consumers and businesses save money on fuel, but oil producers and transporters lose money when prices fall.

What should consumers and investors expect?

Gas prices have fallen because oil is a lot cheaper. The price of oil has fallen over 60% in almost two years, according to the New York Times. Even with the recent increases, oil prices are still much lower than in 2014.

Larger supply. Prices have dropped because the supply of oil has increased dramatically worldwide. U.S. domestic oil production has nearly doubled in recent years, according to the New York Times. As a result, foreign oil that would have been sold to U.S. consumers is being sold in other countries. In addition, since December, 2015, the U.S. producers are allowed to export crude oil for the first time in 40 years, so even more oil is on the worldwide market.

So, where is all this extra oil coming from? Oil production in the U.S. has surged in recent years due to shale oil. Until recently, the oil trapped in layers of rock was largely inaccessible. However, recent advances in hydraulic fracturing (fracking) and horizontal drilling have opened up the oil in this shale. Producers have pumped this oil and continue to find new reservoirs of resource-rich shale.

As investors, we need to be concerned about the health of oil producing companies in the U.S. As consumers, on the other hand, the big question is: Will the price of oil and gas stay lower than it was two years ago, or will it continue to rise?

Why does the price of oil change so much? The price of oil is affected by so many factors and so many uncertainties. Oil supplies are up, but demand has not risen dramatically, so prices are lower. The weather, transportation costs (via ship, truck, pipeline, etc.), and taxes also play a big role in oil prices.

The oil market has been uncertain for several reasons. While the U.S. has produced more oil, production is now dropping because prices are lower. Oil producers, who now make less money, have cut back dramatically on drilling and sharply reduced spending on exploration and production. Many U.S. petroleum companies have gone bankrupt, and thousands of their employees have lost their jobs.

International factors also influence the price. Oil producers have been concerned about the health of the massive Chinese economy, with its high oil demand. Strife in the Middle East, with ISIS, the Syrian war, and battles in Iraq, among other things, has caused uncertainty. Leading oil-producing countries, including Saudi Arabia, Russia, and Iran, typically agree to reduce oil production to maintain higher oil prices. However, in December, 2015, they failed to reach an agreement on freezing production.

Barrel of oil. A barrel of crude oil holds 42 gallons. From this barrel will come about 12 gallons of diesel fuel, 4 gallons of jet fuel, and smaller amounts of propane, asphalt, motor oil, and various lubricants, along with about 19 gallons of gasoline. So it takes a barrel of oil, on average, to come up with about 1.5 tankfuls of gas in your average, non-diesel car.

Considering all the oil products, each person in the U.S. consumes an average of about 2.5 gallons of crude oil per day, according to the Department of Energy. As a result, the price of a barrel of oil affects each us beyond the pump, too.

With these lower oil and gas prices, you would think that consumers would be spending more. However, we are not spending a lot of that extra money. The big reason: We got so used to higher gas prices that we are unsure whether they will stay lower. Most people are saving, rather than spending, the money that they saved on gas.

The most practical concern for all of us is, quite simply, the price of a gallon of gas. And there is good news: U.S. gas prices (regular) will average $2.04 per gallon in April-September, 2016, compared to $2.63 per gallon last summer, according to the Department of Energy. For all of 2016, Americans will have the lowest annual average motor fuel expenditures in the last 12 years.

The oil glut has certainly made gas cheaper, but what about all the other sources of energy? The U.S. produced more natural gas in the last year, and more electricity was generated from natural gas than coal in 2015. From this high production of natural gas also came liquefied natural gas, a growing U.S. export.

What about the hope of alternative energy? About 13 percent of electricity in the U.S. came from renewable sources in 2015. Hydroelectric power, at 6.1%, and wind power, at 4.1%, made up most of this total. Solar energy lags behind. Investors and their advisors need to watch developments in these renewable energy sources.

Working with Your Advisor

The price of oil has been a major economic factor for years. The cost of energy affects virtually every aspect of the economy and the market, including our investments.

The glut of oil will eventually decrease, producers and oil-producing countries will change their plans, and alternative energy sources will continue to develop. Your financial advisor will monitor all of these developments and is best source for information about their effect on your investments.