What Exactly is the Dow Jones Industrial Average? 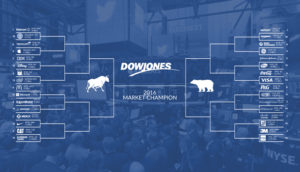 And does it really reflect the U.S. markets?

The Dow tracks the market performance of the same 30 American companies. Initially, the Dow had only 12 stocks. These included such golden oldies as American Cotton Oil Company, U.S. Leather Company, and Distilling & Cattle Feeding Company. In 1920, the Dow expanded to 20 stocks and then to 30 stocks in 1929.

Comparison to Other Market Indexes

The Dow is the big kid on the index block. It is a blue-chip index, meaning that it is composed only of the top-performing publicly traded companies. These stocks represent well-established, financially stable, very large companies that (purportedly) will provide good returns for investors.

Some market observers argue that broader indexes like the S&P 500 or the Wilshire 5000 are a better way to measure the status of the stock market. Because the Dow has only 30 stocks, they argue, it does poorly in showing the total scope of the market. However, others note that the stocks in the Dow tend to perform similar to the market as a whole because the companies are large and the stocks are frequently traded.

All of the indexes are useful in different ways. Most financial planners follow several different indexes on a daily basis. The Dow contains only the giant companies, the heavyweights of the stock market – stocks that are bought and sold every day, all day long.

Members of the Dow

The Dow has always contained the heavyweights. However, the exact composition of the Dow has changed at various times over the last 120 years, even though most individual stocks stay in the Dow for years. The biggest companies are periodically replaced by even bigger ones.

As the economy moved from heavy industry to consumer goods to technology, the Dow’s membership has changed to reflect the market. Currently, about two-thirds of the Dow are industrial companies, while the other one-third include companies like McDonald’s, Microsoft, and American Express.

When one company enters the Dow, another has to leave. The most recent change in membership came in March, 2015, when Apple’s entry pushed out AT&T, a continuous member since 1916. Before that, the most recent change saw Goldman Sachs, Nike, and Visa join in September, 2013, while Alcoa, Bank of America, and Hewlett-Packard had to leave.

So, who decides which companies are allowed into the club of 30 companies used for the Dow Jones Industrial Index? Surprisingly, newspaper editors! Dow Jones owns the Wall Street Journal, where Charles Dow was once the editor. As a result, the editorial board of the Wall Street Journal decides who gets into the Dow 30 and who leaves. These changes do not happen very often, however. And yearly company success in the market is hardly the only factor.

The Dow had a poor year in 2015, closing about 400 points lower than it started the year. The best of the 30 stocks, however, all climbed by at least 20%. These winners of the Dow 2015 Competition include:

Well, every large, powerful company has good and bad years. These powerful 30 companies come back year after year, some winning and others losing each year. Who will it be in 2016? It’s anyone’s guess.