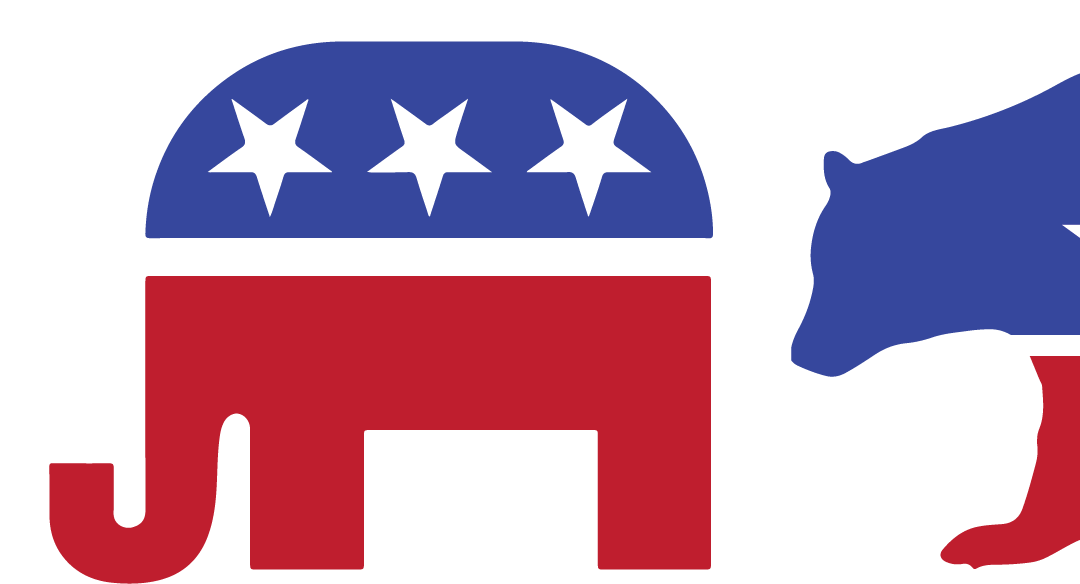 Democrats, Republicans and Bears, Oh My

Does the party occupying the White House affect the U.S. stock market, gross domestic product (GDP), and other economic measurements?  How does the party controlling Congress affect the economy?

Princeton economists Alan Binder and Mark Watson made a detailed study, “Presidents and the Economy:  A Forensic Investigation,” analyzing the economy’s performance under presidents of different parties.  Measuring economic data from 1947 through 2nd quarter, 2013, Democrats outperformed Republican presidents in terms of real GDP growth (4.35% to 2.54%), in unemployment (5.6% under Dems vs. 6% under Reps), and in the stock market (8.1% for Dems vs. 2.7% for the GOP). Inflation data showed little partisan difference.

Despite this data, a prominent liberal economist, Blinder concluded that the differential between Democratic and Republican performance is due mostly to “good luck.” “Democratic presidents have experienced, on average, better oil shocks than Republicans, a better legacy of (utilization-adjusted) productivity shocks, and more optimistic consumer expectations.”

Oil shocks occur when there’s a disruption in the supply of oil, which causes fuel prices to increase. Higher oil prices affect businesses where fuel prices figure heavily into costs, like the trucking industry.  To absorb the additional expense, trucking companies and the retailers who depend upon them may increase prices.  Consumers are then hit twice, paying more for certain goods and for gasoline.  Oil shocks can also lead to higher unemployment, lower GDP growth, and even recession.

Productivity is a broader category that includes advances in production technology, educational improvements, regulatory changes, changes in capital, and even the weather.  A boom in new technology, for example, enhances productivity, while natural disasters decrease it.

Military and War – Large military buildups increase GDP in the short run, while undoing the buildup reduces GDP.  It is unclear which party’s economic performance was impacted more by war.  Each party has led military buildups, and both Democrats and Republicans have been wartime leaders.

Consumer confidence – There is no evidence that this differs based on the president’s party.

First term or second term of presidency – According to MarketWatch, from 1940-2008, the stock market rose 7.8% (before dividends) in a president’s first term and just 6.4% in the second term.  However, only 5 of the 12 presidents had full/near full second terms in this time period. An interesting, additional finding is that stock markets rise, for whatever reason, in Year 3 of both the first and second presidential terms.

Lag in policy effects – If we assume a two-year lag before a president’s policies affect growth, there is virtually no difference between Republican and Democratic administrations, according to the Wall Street Journal.  In the 1948-2008 period, applying this lag leads to 3.4% GDP growth under Republican presidents and 3.5% under Democrats.

Democrat president and Republican Congress:  The stock market has done best when we have a Democratic president, with Republicans controlling both the House and the Senate.  On the other hand, it has done poorly with a Republican president is paired with Democrat control of both houses of Congress.

The statistical evidence shows that the stock market performs better under Democratic presidents.  Economists have explained this growth gap as largely (but not entirely) the result of good luck.  Democratic presidents have served during times of flat or falling energy prices.  Further, they were apparently lucky enough to preside over the economy during times of advances in productivity.

Assuming a two-year lag before a president’s policies affect the economy, Republicans and Democrats are virtually even.

Regardless of the party, the market performs better in the president’s first term and in the third years of both the first and second terms.

We might be sitting in a sweet spot at the moment.  The stock market typically does best when we have a Democrat in the White House, along with Republicans controlling both House and Senate.  Until January, 2017, we are led by a Democratic president and a Republican-controlled congress.

A president’s influence is large but still limited.  Congress, world economies, foreign governments, military affairs, the Federal Reserve, and many other factors outside of a president’s control influence the stock market and the economy.

Each party trumpets not only its candidates’ wisdom and skill, but also the party’s platform, policies, and goals.  Nevertheless, Democrats and Republicans do not always behave as their parties wish:  Presidents from both parties have raised or reduced taxes, supported or opposed free trade, increased or reduced regulatory burdens, etc.  Some have argued that the economy prospers when a president adapts his policies to the needs of the country at that time, rather than staunchly sticking to party platform or economic theory.

Be sure to consult your team of qualified tax, legal, and financial professionals for specific guidance. And be sure to vote.